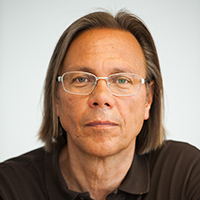 Prof. Dr Harald Welzer is a sociologist and social psychologist as well as co-founder and director of “FUTURZWEI. Stiftung Zukunftsfähigkeit”, speaker of the Council for Digital Ecology and permanent visiting professor of social psychology at the University of Sankt Gallen.

He directs the Norbert Elias Center for Transformation Design and Research at the European University of Flensburg and has written numerous books on socio-political issues and sustainability, including “Climate Wars. What People Will Be Killed For in the 21st Century” (published by Polity Press); “Selbst denken. Eine Anleitung zum Widerstand”; “Alles könnte anders sein. Eine Gesellschaftsutopie für freie Menschen.”, and most recently “Nachruf auf mich selbst. Die Kultur des Aufhörens“, the latter all published by S.-Fischer-Verlag. He is also editor of “tazFUTURZWEI”, a magazine focussing on the future and politics. Harald Welzer’s books have been published in 22 languages. 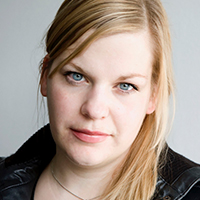 As a member of the editorial board of the weekly newspaper DIE ZEIT, Malin has been largely responsible for establishing and implementing new ideas and innovation processes in the paper’s print version since 2016. Her approach involves understanding design as authorship. She follows a philosophy of empowerment and change management, perceiving her work as a continuous process. In terms of style, she explores the powers of visual impact beyond alarmism and its stereotypes.

As a journalist, she also writes critically about the subject of photography in times of war and crises and has received several awards for her work, including the BFF Förderpreis, the Lead Award, the European Newspaper Award and the World’s Best Designed Newspaper Award. 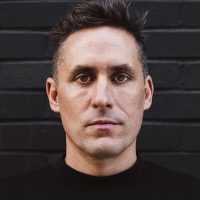 David Johnston is the Founder of Accept & Proceed, the B Corp certified creative studio dedicated to amplifying the power of visionaries since 2006. He believes that we only have 8 years (until 2030) to change the trajectory of the planet and therefore humanity, and that design and creativity is critical for this transition. As a creative entrepreneur and mission-focused leader, David is committed to partnering with radicals to change the world for the better. Notable work includes working with clients ranging from Nike, Google, Rapha, NASA and more.

David is also the host of the studio’s podcast series, Endless Vital Activity, where he interviews scientists, activists and visionaries on how we can solve society’s problems and inspire radical action. He has won D&AD pencils for branding, Creative Review photography and Creative Direction awards, and has featured in Creative Review’s Ones To Watch. 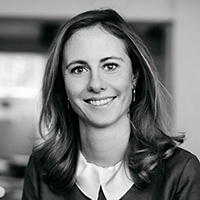 Ditte Lysgaard Vind is a designer and renowned circular economy expert. She works towards creating a world in which production and consumption do not have any negative impact on our climate and health. A world where waste is uniquely a resource.

She is co-author of the book “A changemaker’s guide to the future” and managing partner of The Circular Way, a strategic consultancy of the Lendager Group, which pursues the vision that economic growth and environmental sustainability are prerequisites – and not conflicting objectives. “Circular economy is about creating the world of tomorrow with the waste of today.”

Furthermore, Ditte is a member of the Executive Board of The Royal Danish Academy of Fine Arts Schools of Architecture, Design and Conservation and The Danish Design Council. Her main area of focus is to future-proof businesses and buildings by accelerating the transition to circularity. 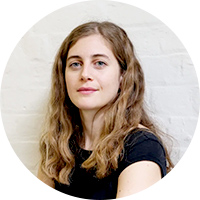 For example, Varvia created the video-analytical documentation of the Rafah bombing in Gaza, which was carried out by the Israel Defense Forces in 2014. Other significant projects include the 3D reconstruction of a Syrian prison in collaboration with Amnesty International.

She received the Novo Nordisk Foundation’s Mads Øvlisen Doctoral Fellowship for practice-based artistic research and is also a Fellow at the Louisiana Museum of Modern Art. She is currently pursuing a PhD at Aarhus University in Denmark. 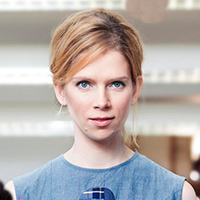 Reet Aus is a PhD-qualified fashion designer and an environmental activist. As a pioneer in the field of industrial upcycling for fashion, she has developed a certification to pass on her expertise to brands and factories and has founded her own collections. Her goal is to reduce the environmental footprint of the fashion industry and to show that fundamental changes are possible.

During her scientific work, the Estonian discovered that there is only one way to help reduce the environmental footprint of the fashion industry – from within. Drawing on her understanding of the entire production chain, she has succeeded in bringing transparency to the field of production-related textile waste – one of the biggest problems, which has largely remained unnoticed to date.

Thousands of factories in the Third World produce not only clothing for large companies, but also many tonnes of toxic waste, which has a considerable impact on the environment. Therefore, the products from ” Reet Aus Collection” are made only from fabric leftovers. As a result, design becomes the solution to avoiding waste. 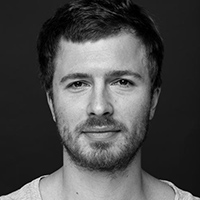 Nikita Diakur studied animation at the Royal College of Art in London. He now lives and works as an independent director and producer in Mainz. The trademark of his films is an animation method based on computer simulation and randomness, allowing for spontaneity and mistakes.

The Russian-born artist has won several awards for his latest projects “Ugly” and “Fest” and participated in film festivals all over the world. With his innovative narratives, he questions formats and styles. His stories are about bizarre characters and unpredictable physics. The result is a surprise.

He regularly gives lectures and workshops, e.g. at the Playgrounds Festival or at the Berlin Academy of Arts. He was also part of the Artists-in-Residence programme at Q21 in Vienna and is a member of the European Film Academy. 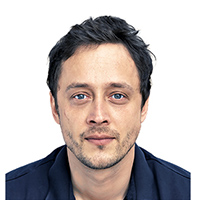 Christian “Mio” Loclair studied computer science at the University of Potsdam and at the Hasso Plattner Institute and holds a degree in Human Computer Interaction.

His work deals with the field of tension between the human body, movement and nature on the one hand and digital processes, algorithms and machine learning on the other. Mio’s focus is on novel aesthetic identities that emerge from an interplay between mathematical and poetic research. He combines and reflects on his experiences as a computer scientist, visual artist, choreographer and dancer.

Christian Mio Loclair has worked with Google, IBM, VW and Mercedes-Benz, and has given talks at the United Nations and MIT in Boston. 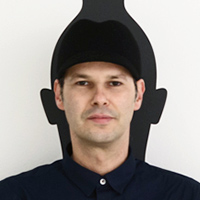 Noma Bar became known worldwide for his clever and humorous depictions of cultural and political icons such as Albert Einstein, Shakespeare, Nelson Mandela and George W. Bush. His pictorial elements often merge into one another – irony and deeper meaning often only become apparent after further consideration.

Hundreds of illustrations by the Israeli-born artist have been published in major publications such as Time Out London, BBC, Random House, The Observer, The Economist and Wallpaper – but his portfolio also includes campaigns for Google, Coca-Cola, Mercedes-Benz and Apple.

Bar himself sees his works simply as a tool of visual communication: “maximum communication with minimal elements”. His awards include the Gold Clio for his 3D animation at the New York Presbyterian Hospital and the Yellow Pencil from D&AD for his exhibition “Cut It Out” at the London Design Festival.

Lecture by Noma Bar on April 10th at the see-Camp on the Scholz & Volkmer Campus via live stream: 3 p.m. to 4 p.m 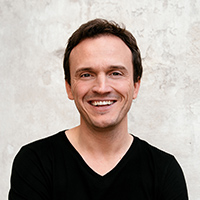 Guided by an emotional approach, Berlin based studio onformative constantly searches for new forms of creative expression. Through an experimental practice they create meaningful digital art works to question the relationship between humans and technology. Their outcomes and interpretations take on varying forms across media through self-initiated and commissioned works that range from interactive media installations, generative design and dynamic visuals to data-driven narratives. Works by onformative have been exhibited across Europe as well as in North America, Australia and China.

As the co-founder and creative lead at onformative, Cedric develops and directs projects to define the creative vision of the studio. Cedric’s fascination with science, technology and art fuels the development of new projects at onformative. Parallel to his work at the studio, he regularly teaches and talks about digital art and design at international universities, conferences and festivals. 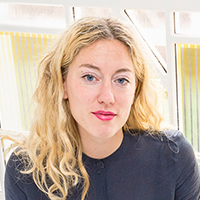 Marjan van Aubel is a solar designer and co-founder of the design collective Caventou. Her innovative work encompasses the fields of sustainability, design and technology. She focuses on using intelligent design to create a “solar democracy”. This involves integrating solar panels into windows, furniture and other objects, thus making solar technology part of our lives in an aesthetically pleasing way. Her goal is to make solar energy socially acceptable.

Marjan teaches at the Design Academy in Eindhoven. In 2017 she was voted “Designer of the Future” by Swarovski; in 2016 she received the Wallpaper Design Award and WIRED’s Innovation Award. 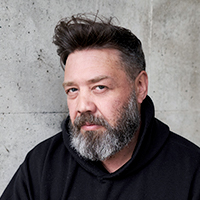 Eike König founded HORT in Berlin – a design office for visual communication. Its portfolio includes ARTE, Bauhaus Dessau and Nike. Eike’s work not only provides answers, but also stimulates political discourse. His special priority is to promote young people. Since 2011 he has been professor for illustration and graphic design at the Offenbach Academy of Design (HfG Offenbach).

Both at the academy and in his design office, Eike is first and foremost a mentor – not a boss or a teacher. He strives to spark creativity and courage by working in a liberal and inspiring way. 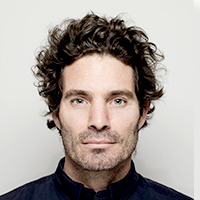 Daan Lucas is founder and managing director of Random Studio – a design studio that creates immersive experiences. These experiences involve interactive installations related to brands and products, opening up new perspectives in physical space to the viewer. 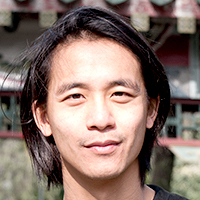 Mathew Leung is co-founder of “Assemble”, an interdisciplinary architecture, design and art studio specializing in the planning and implementation of workspaces. Mathew has managed projects including “The Cineroleum”, a pilot project to reuse 4000 unused UK petrol stations, and “Blockhorse Workshop”, a workshop in Waltham Forest which is open to the public. Assemble’s project “Granby Four Streets” won the Turner Prize in 2015.

In addition to his work at Assemble, Mathew lectures in cultural and educational institutions around the world and publishes his research in RIBA Journal and with JOVIS Publishers, among others. His Master’s thesis was awarded the RIBA President’s Silver Medal. 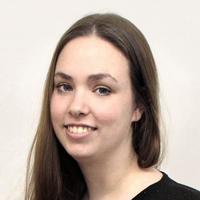 Since her studies in insectology and product design at ArtEZ in Arnhem, Matilde Boelhouwer has worked in an interdisciplinary manner in the fields of design, art and biology. In her work, she strives to generate ideas that are not only beautiful but also have an added value. Matilde sees insects as a subject, material and source of inspiration, discovering the vital role they play in our ecosystem. Her designs aim to show new possibilities and perspectives and make society aware of the importance of the environment.

As part of her “Food for Buzz” project, Matilde developed artificial flowers in Atelier Boelhouwer that transform rain into sugar water in order to serve as a food source for insects in urban areas. 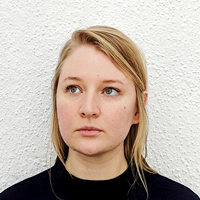 Mary Katherine Heinrich is an interdisciplinary researcher working on self-organizing and bio-hybrid robotics. Mary Katherine works at the Institute of Computer Engineering at the University of Lübeck and is part of the “Flora Robotica” research team.

“Flora Robotica” is a Europe-wide research project made up of architects, biologists, engineers and computer scientists. Its aim is to investigate ways in which plants and robots can benefit from each other in a symbiotic relationship. By combining different disciplines, the research team wants to develop independently growing, adaptive and self-repairing plants which will autonomously produce architectural artefacts and living environments in the future. The vision of the research team is that the intelligent plants, guided by robot swarms, will enliven our cities in the long term.

Chairman of the board: Rui Camilo